For the first time the trajectory of the man who changed mankind will be told in its entirety. 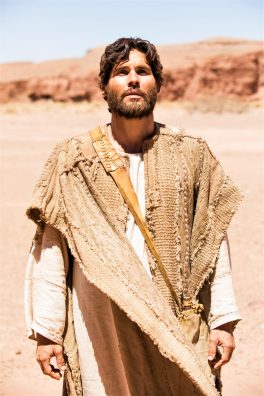 A fascinating story that could never be completely told in movies or miniseries. The telenovela “Jesus” will show little-known passages and deepen the stories of the characters who lived with Him. We will have an opportunity to experience what the people of that time felt, their pains, their sufferings and their conflicts. And so, to understand in what way and why they were touched by the words of Jesus.

Jesus that we are going to show is what is in the Bible, without inventions or theories about what is not said about Him. His story will be humanized through the people who knew Him, who were touched by Him, one way or another. It is through the look of these characters that we will see Jesus.

The story begins even before Jesus was born. In a simple and rural Nazareth, where Mary and Joseph fall in love and live the torment of the judgment of the inhabitants of their city, who do not believe in the Annunciation made by the angel Gabriel. In this first phase of the telenovela, we will also see the amusing drama of the father of John the Baptist who is mute and only recovers the speech in the circumcision of his son, besides the backstage of the palace of Herod the Great, that exceeded the limits of its madness, ordering the killing of the innocents.

The universe of Jerusalem of that time, is rich and full of action. Dominated by Rome, the main city of Judea was immersed in a whirlwind of conflict. False messiahs, rebellious Jews acting against Roman domination, oppression of tax collectors, poverty and dreams of a better life… A subjugated people that resists in their faith. But not every Roman is evil and not every Jew is good. And Jesus comes to all, without prejudice, without distinction.

Besides the life and ministry of Jesus in the second phase of the telenovela, we will know the life trajectory of some people who were healed by Him. Who were those men who became apostles? The thoughts of Pilate and how was his relationship with his wife and daughter. The dreams and desires of people just quoted in the Bible as Joseph of Arimathea, Susanna, John and so many others. Who was Mary Magdalene, a woman who was never a prostitute, but rather, dominated by seven demons. The suffered life of Barabbas and his relation with the rebel movement. Petronius, the Roman centurion who felt touched with Jesus on the cross. And as was the daily life of Caiaphas, the high priest who pursued Jesus until he was judged and condemned.

The clash between good and evil is present throughout the journey. Jesus does not give up on His mission. He faces Satan until His great victory, the crucifixion, when He sacrifices himself for us all, to take away the sin of the world…. and resurrects.

“The Story of Jesus” will show the life and times of Jesus as if we were there, as He walked the earth…