A man with the important mission of leading a people to their destination. 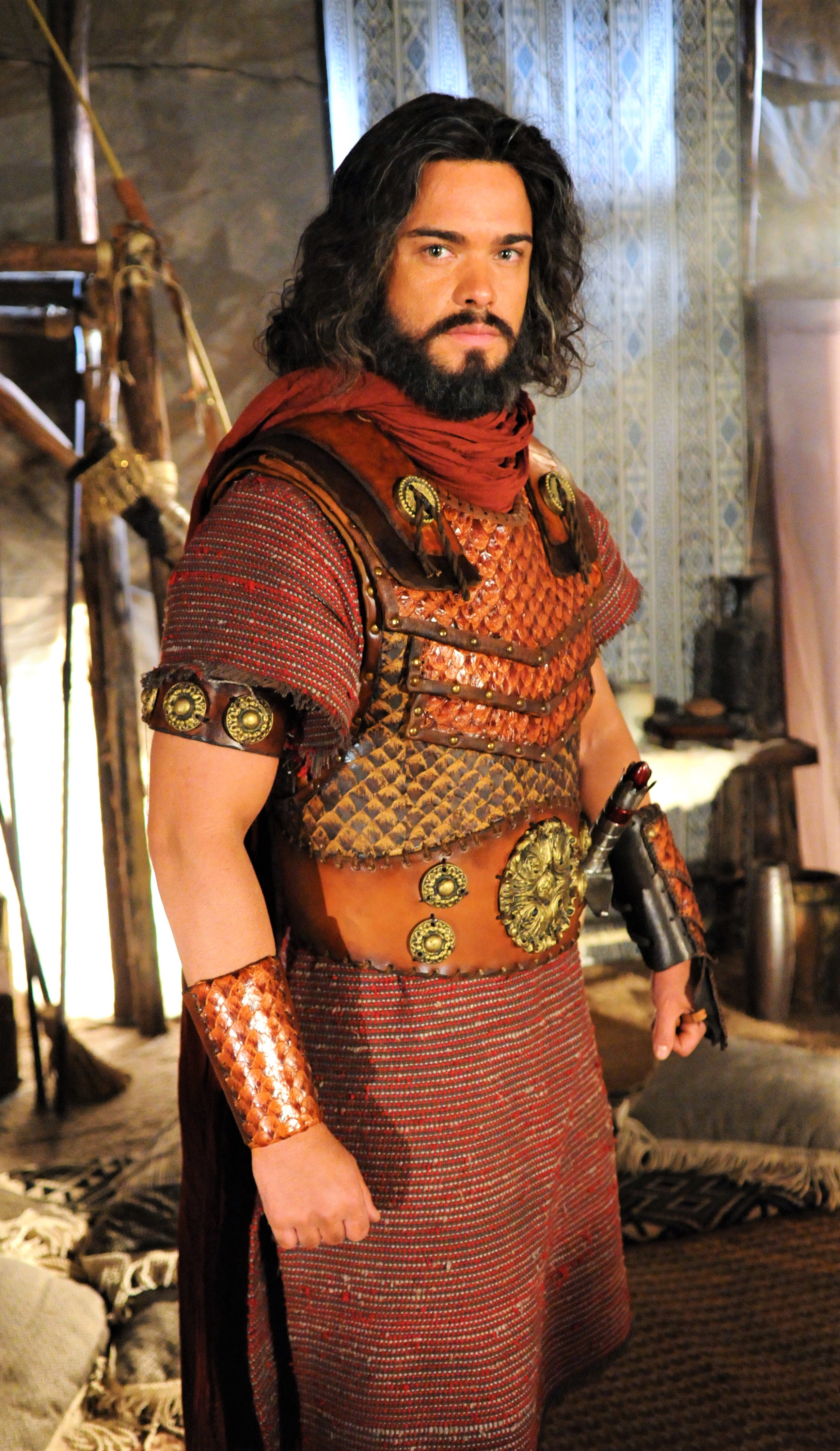 After Moses’ death, Joshua is the new leader of the Hebrews. He is an experienced warrior, gifted with courage, determination and a powerful faith. But it is no easy task to lead the people to its new destination. With his closest and trusted allies, Joshua must fulfill a difficult mission ordered by God: to command the 12 tribes of Israel in their conquest of Canaan, The Promised Land.

The first great confrontation of Israel will be against the fortified kingdom of Jericho. In sequence, Joshua and his allies will have to battle innumerous other times, against the kingdoms of Ai, Gibeon, Jerusalem and Hazor.

He will also live a thrilling love story with the beautiful Aruna, a courageous and determined young lady, skillful with a sword and capable of fighting alongside men soldiers when necessary.

The problem is Aruna’s sister, feisty Samara, is also in love with Joshua. With her treacherous mother as an accomplice, Samara will do everything to separate the main couple. This love triangle will create a great dilemma in Joshua’s life.

After exterminating their enemies, the Hebrews will reach the Promised Land, and Joshua will divide the lands of Canaan amongst the twelve tribes, fulfilling the will of Israel’s God.

All of this told with much emotion, leaving the public with a great message: that nothing is impossible for those who have a true faith.